David's professional background is in economics, infrastructure, project management and public policy. He has had a distinguished and successful career at senior levels of the State’s public and private sectors and is currently the Projects Chief Executive for the Queensland Department of State Development with responsibility for the delivery of Queen’s Wharf Brisbane, the largest private property development in the nation, and the other proposed major integrated resort development on the Gold Coast.

David was previously the Director-General for the Department of State Development Infrastructure and Planning, the state’s central economic development agency.

Prior to joining the department David was the Manager Strategy and Market Development at GHD and before that State Director for Queensland at CEDA.

In addition to his role with the department, David is a member of the State Advisory Council for the Queensland Committee for Economic Development of Australia, the Chairman of Lifetec, a not for profit organisation supporting people with disabilities, and a member of the Board of the Wesley Mission Brisbane, a not for profit community service organisation who provide a range of services to support people in need. 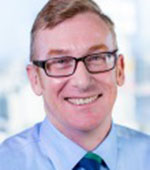 Projects Chief Executive of the Queensland Department of State Development

Rhianna began her broadcasting career at an Indigenous radio station before joining the Queensland public service as a communications officer. She then joined the ABC as a news and current affairs cadet. During her 15 years at the national broadcaster, Rhianna has worked across triple j news, television documentaries, RN and co-hosted an aviation podcast. Rhianna currently presents a national programme named after her across ABC Radio every Sunday night. 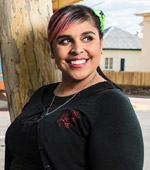 Cheryl has held many board and university council positions and statutory roles on tribunals and commissions including the Social Security Appeals Tribunal and the Commonwealth Safety and Rehabilitation Compensation Commission. She is a Fellow of the Australian Institute of Management and a Fellow of the Australian College of Education. She is a previous Director General of Education for Western Australia and a former Chief Executive of the Australian Capital Territory Department of Education and Community Services. She was a Vice Principal of the University of Melbourne and an Adjunct Professor at the University of Canberra. In 2004 while Commissioner for Public Administration in the ACT, Cheryl led a review “the Territory as Parent” and “The Territories’ Children” (the ‘Vardon Report’) of child protection services which established an ACT Children’s Commissioner. Cheryl has also worked for the business sector and the not for profit sector as well as leading her own successful consulting and mentoring business. 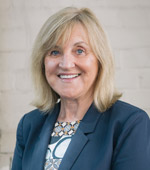 Principal Commissioner of the Queensland Family and Child Commission 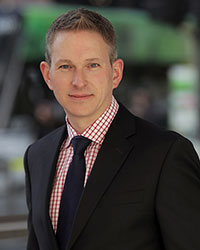 SESSION 2: TAKING CHARGE OF YOUR CAREER AND YOUR PROFESSIONAL REPUTATION

As well as being part of who you are and how you want to be known, your reputation reflects your ambitions and how you go about achieving them. This session focusses on creating a pragmatic and purposeful plan for on-going professional and personal achievement and developing an awareness of what influences others’ perception and experience of us. Participants explore elements such as establishing a personal vision, prioritizing investment in professional development and identifying and achieving key career goals.​

The ability to effectively manage and leverage relationships with people in more senior positions is a critical aspect of functioning effectively in any workplace environment, and is something that many young leaders find challenging. Failure to manage relationships with more senior colleagues effectively can lead to confusion, wasted time and effort and increased stress. But learning how to interact appropriately and build strong alliances with more senior staff can have major advantages in relation to future career advancement and job satisfaction. During this session participants will explore ways to work effectively with a variety of stakeholders and how to handle more challenging or delicate situations.

SESSION 4: PRIORITISING EFFORT AND ENERGY TO MAXIMISE RESULTS AND WELLBEING

Neil Gallant’s career in the Queensland fire service spans more than 30 years, starting in 1983 as a firefighter in Mackay.

After seven years as Superintendent in Maroochydore, Neil was appointed Assistant Commissioner Central Region in 2003. During this time, Neil led the region through some of the worst fire and flood seasons on record, including the 2009 bushfires and the 2010–2011 Queensland floods.

Neil has undertaken the roles of Regional Fire Commander and Commander State Operations during periods of large-scale fires, cyclones, floods and other disasters, and lists firefighter safety and operational professionalism as his ongoing priorities.

Awarded the Australian Fire Service Medal (AFSM) in 2011 for outstanding service to the community and distinguished leadership, Neil also received the Commissioner’s Commendation in 2012 for his role in managing state operations. 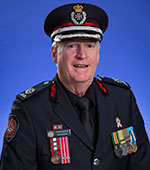 As leaders, we are constantly striving to maximise our own output and that of our team. We are all challenged by the need to juggle multiple tasks and responsibilities and to do more with less.  Staying focused on the bigger picture and knowing how to prioritise, enables us to get the best return on our effort and energy. During this session, participants will explore how to step back from the day to day, be mindful of the big picture and use this knowledge to prioritise their actions appropriately in order to enhance productivity and their own wellbeing.