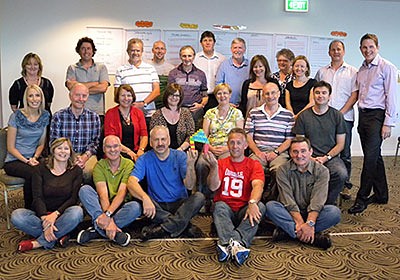 “The most useful / engaging learning journey I have ever undertaken in my professional career.”​

“The impact of the Colloquium was amazing. From the first day, when there was fear about why we were doing this and the team was telling me they were busy in the office, to what happened by the last day. Even I didn’t think I’d see the results I did, I didn’t think we would get this far. There was a new energy and conversations were taking place that had not occurred before. There was a different level of working and the language has changed. The team now communicates better; it deals with conflict in a values based manner as individuals across the organisation are taking personal responsibility for their behaviour.”

What were the expectations going into the program?

Wyndham City Council Chief Executive Officer, Kerry Thompson recognsied a need to enhance leadership capacity within the management team if the organisation was to meet the significant growth of the community and deal with the complexity of issues this created. When deciding upon their organisational leadership program, Wyndham City Council was committed to finding something that was engaging, practical, evidence based and highly effective. Wyndham were looking to find a program that was going to be the best for them and an experience that would stretch their leadership team. Wyndham wanted a program that would ultimately develop the organisational culture by upskilling individuals, building team unity and achieving organisational growth.

What have been the key impact areas?

Highly functional teamwork and a revised connection to organisational values has been a significant outcome of the program.  Furthermore, as the team developed a deeper level of unity, the openness, willingness and sharing of interpersonal feedback also increased. It was observed across the organisation that the management team had become more open in their interactions, which then led to an improved level of engagement and a focus toward collective achievement.

What feedback did participants give?

During the program, participants were asked to provide feedback on various elements of the program including the impact it was having on their performance as a leader. A snapshot of the aggregated feedback is included below.

“Quietly proactive and very effective in getting us to move out of our comfort zone.”​

“Antony did an amazing job. In three days he achieved more with the Senior Management Group than a range of other facilitators had achieved over the previous 10 years.” ​

Under the leadership of former CEO, Kerry Thompson, in November 2011, Wyndham City Council began a major leadership development project. To commence this project the council registered its senior executive team and twenty senior managers for the Australian Local Government Leadership Colloquium. Following a highly successful outcome for the first cohort, the Council then extended the initiative to sixty coordinators and team leaders throughout 2012/13. At the start of 2014, thirty Wyndham Kindergarten unit leaders also commenced the Colloquium journey as part of a significant change management program within the Community Services Directorate.​ 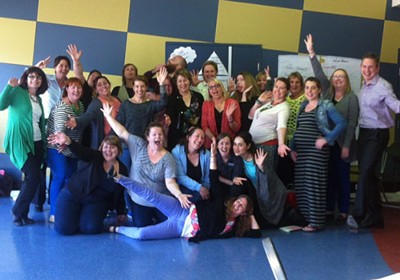 The facilitators were knowledgeable & engaging

The program was at the right level for me

The program is stimulating & engaging

I would recommend the program to others